Last week the USDA released the inventory of Pork in Cold Storage at the end of October. A year ago 611 million pounds in cold storage, this year, 448 million pounds. A drop of 27%. A bullish sign for future pricing as the market has no burdensome inventory to sell as hog slaughter numbers decline into 2021.

An interesting detail in the report included only 19 million pounds of bellies this year compared to last year’s 45 million pounds. A 57% decline. Could we see a belly price explosion driving pork cut-outs?

Weekly U.S. slaughter and weight seem to continue running similar to year over year and since the first of September. The USDA Sept 1 Hogs and Pigs Report indicated 10% more heavy hogs year over year. It is 90 days since Sept 1st. Obviously, it was a wrong number.

Going forward this type of gross misinformation will put the trustworthiness of Quarterly Reports into question. The reports that have indicated in both USDA June and September that there were more than has been the slaughter reality have led to lower hog prices and cost producers 100’s of millions of dollars.

The latest U.S. weekly sow slaughter was 66,102. Anything above 60,000 a week is a liquidation number in our opinion.

Maxwell Foods 55,000 sows announced in August they were liquidating their herd. From what we understand they stopped breeding the first part of August, the last pigs to be weaned will be in December.

Last week we published our reader survey if new sow barns built and under construction and that the sow barns have a 40-year life cycle (need 150,000 sow spaces a year). Below an email from a VP of a major leading institution responsible for swine:

“Thanks for taking this survey Jim. Your numbers match up right on what we use for replacement necessary in the industry as well assuming a 40 year life. It is good to see this industry put the brakes on for a while. Hopefully we will build back some profitability into operations and not just from hedge gains.”

Last week U.S. Small Pig Price- cash prices averaged $40.88 for early weans and 40 lb. feeder pigs $50. Similar to where prices are at this time on the last 3-year average.

We are told to expect rapidly increasing prices in the next few weeks. Why? Seasonal (summer market), lots of empty barns, holes to fill from PRRS and PED breaks.

The lots of empty barns tells us fewer hogs coming as every pig is in a barn somewhere.

text and image below sourced from:
Time magazine Nov 30 edition “The 100 Best Inventions of 2020″.

The world’s most- consumed animal protein is pork—and its farming results in a slew of environmental issues, including pollution due to swine waste. Impossible Foods, which wowed the world with its rendition of a burger in 2015, aims to tackle these issues with a plant-based pork substitute, Impossible Pork. Previewed at CES 2020, Impossible Pork is made from soy and said to taste uncannily like the real deal. While the favorable environmental impacts of a pork alternative are clear, plans for a commercial rollout of Impossible Pork are still in the works.

Isn’t it strange how the elitist agenda of some sell appointed experts on what’s best for society are given an unvarnished platform in what was once a thoughtful magazine?

The real shame is that they are allowed to call this crap they put together “pork“. Wouldn’t it be wise as an industry to challenge the name “Pork” being used? It’s not pork -it’s crap- they should call it such.

The NPPC-NPB could be focused on protecting our truly only real brand – Real Pork. Maybe work to make it illegal to call crap “Pork”?

Last week inadvertently we sent out the Pork Commentary in Chinese. Some of the replies sent back after our apology were quite funny.

Some comments from readers re: Chinese apology

– “I read every word…. That I know.”
– “Not to worry, I as well have made an error once or twice- this week or maybe even today.”
– “U need to find a good proof reader. Lots of typos!”
– “NO WORRIES WE NEED TO LEARN A LITTLE BIT OF CHINES TOO.”
– “Ok were wondering cause we don’t speak Mandarin at all!”
– “In the “not to distant future”, knowing the Chinese language will be an asset.” 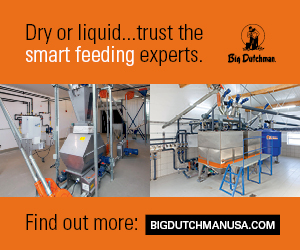