The Spring 2022 edition of the Canadian Hog Journal is here!

The cover of this edition features the world’s largest ‘pysanka’ (Ukrainian Easter egg), which is found in Vegreville, Alberta – about 100 kilometres east of Edmonton. Starting in the late 19th century, waves of immigrants from Ukraine – including many of my maternal ancestors – were lured to the Canadian prairies with the promise of abundant farmland. This monument, composed of aluminum tiles, is perhaps the best-known symbol of Ukrainians in Canada.

The situation in Ukraine remains a terrible, unsolved, worsening humanitarian crisis. Easter for most Ukrainians would have been much less festive this year. For Canadians – including me, my wife and our daughters (with another child on the way) – peaceful family gatherings are often taken for granted. I always look forward to my mom’s perogies and cabbage rolls at holiday feasts, and it was no different this time around, but the tragedy unfolding overseas should help us all appreciate how fortunate we are to be free of violent conflict.

In addition to the human toll resulting from the war, livestock feed pricing and global food security are front-and-centre since fighting ramped up earlier this year. Direct market responses are not certain, but it should come as no surprise that the carnage has created a ripple effect that will harm farmers and even people in the developing world who rely on food donation programs. University of Saskatchewan research chair Stuart Smyth shares his thoughts, and Alberta Pork’s Bijon Brown inspects the broader context as well, with consideration given to weather-related impacts on crops.

The 50th anniversary of the ‘Alberta,’ ‘Western’ and ‘Canadian’ Hog Journal has now passed. (Time flies when you are having fun or are bad at math, like some magazine editors.) While there are way too many memories to cover off with just one article, I took a look back at some of the Journal’s history, which you will find here. Regrettably, two past editors, Bill Owen and Bernie Peet, were unable to provide comment. Owen is currently residing in an assisted living facility, while Peet sadly passed away last month. Their input would have been valuable and worth recognizing. My best wishes go out to Owen, and my sympathies go out to Peet’s loved ones.

In Ontario, two producers are embracing the shift to virtual platforms by offering a space for producers to connect with each other, and by creating a novel communication channel to showcase a hog operation for curious members of the public. Ontario Pork provides the details.

Porcine epidemic diarrhea (PED) has been raging in parts of the country this year. Following Alberta’s first-ever PED outbreaks, in 2019, research has taken place to determine whether piglets are infective after having been exposed to contaminated manure. Learn more about the results.

Back in 2018, E. coli contamination led to the death of a restaurant diner in Alberta who was served under-cooked pork. New research is investigating the development of a plant-based antibody to be fed directly to pigs, to help address the problem. A newly minted Ontario-based vet, Lexie Reed, provides her summary of the work.

And a research team at the University of Manitoba, led by Argenis Rodas-Gonzalez, is exploring genetic selection for feed efficiency, as a way to improve growth performance and yield a leaner carcass. Find out how his team is accomplishing this. 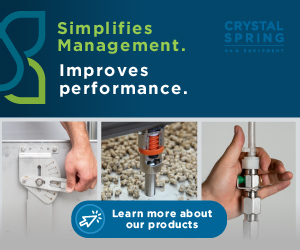 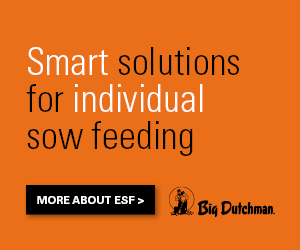